SF note: I’ve put this here to counter the whole absurdly disgusting vaccination programme; it should be obvious that I don’t agree with the ideological aspects of this text – its support for pre-Covid normality in the form of normal levels of wage labour, for instance. 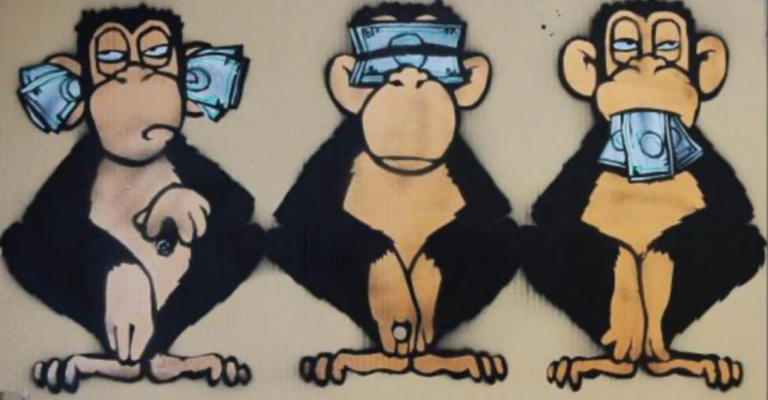 By agreeing to take into consideration the results of 8 meta-analyses around the world and the numerous testimonials from treatment providers, by comparing all the practical, medical and economic aspects of a massive vaccination campaign or treatment with Ivermectin, the benefit of Ivermectin would be considerable.

The situation: today we are in a pandemic phase, with a number of patients, some of whom will develop a serious form, leading to saturating hospital services, resuscitation, with a number of deaths, not to mention the collateral medical damage with all those presenting other pathologies that cannot be treated. Anticoagulants, corticosteroids, Remdesivir, Bambalaba and others are totally insufficient to stop this infernal machine, which we are trying to reduce by successive confinements, with considerable economic and social consequences.

The treatment: administer the vaccine from the first symptoms, as soon as you are hospitalized, in intensive care, will give you no results. Give Ivermectin, you improve the situation with recovery time twice as quick, and hospitalizations and deaths divided by 4 to 5. These results are found in all the meta-analyses worldwide: Kory (USA), Hill (GB), Nardelli (Italy), Guillausseau (France), Bryant/Lawrie (GB), Cobos-Campos (Spain), C19Ivermectine,  Ivmeta, etc.

All, without exception, say the same thing. What do those who refuse to read this oppose? Nothing, they just don’t talk about it. Look this week once again at the publications of Inserm, the European Agency, Costagliola: they have been blocked for 1 year on a Petri dish, refusing to discuss its effect on human beings. Professor Changeux, an eminent French specialist of world renown and nobel prizewinner for his work on acetylcholine, nevertheless informed them, directly and on several occasions over the year, that the innoculated doses used in humans are totally effective in eradicating Sars. -Cov-2  as much as they are for animals.

Vaccination is a prophylactic treatment, it is not meant to treat illnesses (with rare exceptions such as rabies, due to the long incubation of the disease, longer than the immunity that can be acquired by the vaccine). It is given to prevent people getting sick. Its efficiency ? From 60 to 90% depending on the vaccine. The 90% efficiency is starting to be considered doubtful (Doshi, Ben Cheikh) as Pfizer did not provide the raw data – the FDA also criticizes AstraZ, for its data. Let’s admit to an 85 to 90% efficiency so as not to get stuck in this controversy (I am also aware that it is accepted by everyone that vaccines are less effective in the elderly, the main targets, so 80% would be more correct).

For Ivermectin prophylaxis, 12 studies on the subject show 85 to 100% (Carvallo) efficacy. 92% for the latest French meta-analysis by Guillausseau, who was formerly a member of the AMM committees, and therefore knows how to analyze these data.

Conclusion: equality with regard to prophylaxis, with however an advantage for the vaccine, the administration of which would protect people for 6 months (to be discussed), against 4 weeks for Ivermectin. This difference will be erased, however, once the long-acting form of Ivermectin is developed by Medincell, which is currently under development.

Vigibase is the WHO database which, for 30 years, has been collecting the adverse effects of all drugs, communicated by the various pharmacovigilance agencies of more than 130 countries adhering to WHO.

Ivermectin is one of the safest drugs in the world (in comparison with paracetomol) which has had 161,068 side effects, 3,690 deaths in 30 years). It has been tested at 10 times the dose, with no problem.

France and Europe (and others) are counting everything on the vaccine, unsupported with early treatment, to stem the pandemic. We realize that the process takes a long time to put in place, and in addition to all the accidents that are increasing, if it takes 6 months to try to obtain sufficient collective immunity, we may, I’m afraid, have to re-vaccinate if the former lose their temporary immunity. We can see that in our country with 10% of people being vaccinated does not reduce the epidemic by 10%, which continues to grow, and that must be supplemented by confinement/lockdown in the absence of appropriate medical treatment.

However, control can be obtained more quickly with Ivermectin, without having to carry out a massive campaign as with the vaccine, and without having to treat people every 4 weeks if we want to do prophylaxis. Indeed, it suffices to treat symptomatic cases to relieve the hospitals, and to systematically treat not the entire population as for the vaccine, but only all contact cases, which, given the efficacy in prophylaxis, would prevent them from developing and dissipating transmission of the disease, so it would stop the epidemic. This cannot be done with the vaccine, which does not protect contact cases before they develop the disease, and does not prevent them from passing it on to others.

In Brazil, an agro-food company concerned with meat brought the situation under control with 12 000 employees in 1 month. Remember the frightening outbreaks in slaughterhouses.

We have seen the time it takes to produce and distribute the vaccines. Logistics, given the problems associated with keeping the vaccine at a constant refrigerated temperature, are heavy, slow and expensive. None of that with Ivermectine. The production lines are there (human but also with veterinarians – it is the same molecule), and for distribution, it is no more complicated than for paracetomol.

The refusal to consider early treatment of Covid leads to the third confinement/lockdown. With its economic consequences running into the hundreds of billions, tens of thousands of small and medium-sized businesses that will not recover, years of worsening unemployment, etc., the list goes on and on. Conversely, a campaign with Ivermectin, from the contact cases onwards [SF note: ie in relation to those who would normally have had to stop work because of having been in contact with someone who’s been diagnosed with Covid], does not require stopping people from working, and the serious forms becoming few and far between, giving no problems for hospitals and no need for confinement.

I will not dwell on the consequences on social life, disrupted human relationships. We have not finished looking at the consequences, with depression, suicides, unemployment and its effects, increasingly severe aggressivity inside and outside homes, schooling, etc. All of this is not related to Covid, but to confinement/lockdown, and is therefore not avoided with the vaccine, but could be avoided with Ivermectin.

All this, of course, supposes that we listen to, that we watch, that we read about the work done in many countries, by several hundred doctors, on tens of thousands of patients, analyzed and published by hundreds of analysts from different specialties. You still have to have the intellectual capacity to do this, which seems to be lacking for many people who think they are smarter than others. Better to have an image of intelligence than genuine intelligence, as Montaigne wrote.

SF note: The drug regulator in France – INSERM – has refused Ivermectin as a preventative medicine for Covid saying that there haven’t been enough trials. Catch 22: it has prevented such trials from being pursued.