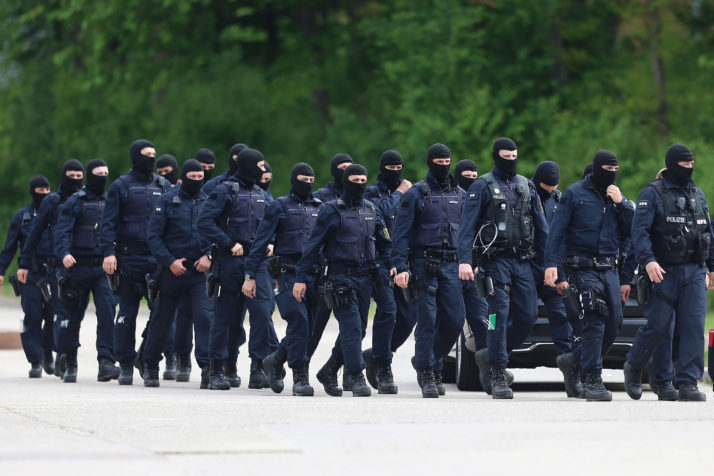 ELLWANGEN, GERMANY – MAY 03: Police is seen at the main refugee center during an intervention there by riot police on May 3, 2018 in Ellwangen, Germany. Police raided the facility earlier this morning following a confrontation between police and mostly African refugees four days ago when police attempted to detain a Togolese man for deportation. According to police over one hundred residents of the facility threatened police and surrounded their cars, enabling the Togolese man to flee. (Photo by Thomas Niedermueller/Getty Images) 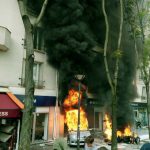 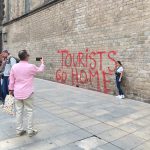