Those who accuse this site of hyperbole would have thought that even suggesting the possibility of half of what’s happening today just over a year ago was hyperbolic and paranoid. The sleep of subversive reason is spawning an epidemic of monsters.

It should be clear that I am not  in accord with the ideological aspects of the content of many of the articles I link to. And, as with all information about Covid,  articles have to be filtered through a critical vigilance that I personally have sometimes not invariably exercised in relation to various articles, at least at the time of putting them up. I put them up because they seem to offer alternative sober  perspectives on what’s happening.

I should also add that there may well be some inconsistency and contradictory information here. That’s because it’s extremely difficult to sift what is valid,  what is speculation and what is manipulation. However, it seems more worthwhile trying to put forward some of what appears to be the more pertinent criticisms of what’s going on than remain silent before the overwhelming propaganda machine and wait a few years in order to be “correct” but too late. “The path toward simplicity is the most complex of all, and here in particular it seemed best not to tear away from the commonplace the tangle of roots which enable us to transplant it into another region, where we can cultivate it to our own profit. ” – here

For an excellent radical vision, written over 140 years ago,  of very general aspects of what’s happening now, see this by Bakunin

Canada: interesting article by someone living in Ottawa countering the dominant presentation of the convoy as “right wing” etc.

“…I have spoken to close to 100 protesters, truckers and other folks, and not one of them sounded like an insurrectionist, white supremacist, racist or misogynist….”

See also this on the  cops’ attack on the convoy (which unfortunately also has links to some dubious statements).

…and the myopic Left seem to ignore the fact that this State terrorism will in future probably be applied to movements that they approve of. 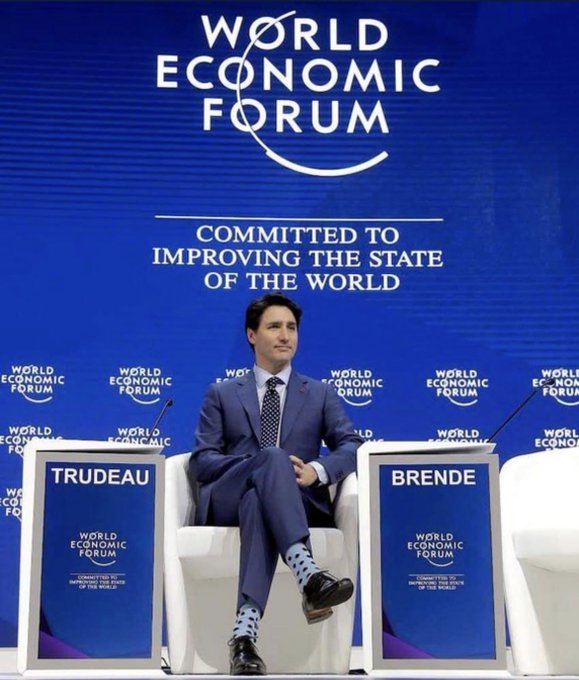 Committed to improving the world of the State

From afar this movement seems very confused and not as easily categorisable as this, admittedly informative, ultra-left put down or this  excessively upbeat take on it, both of which cherry-pick information in order to confirm their ideologies. Now obviously this is a cross-class movement, but sadly so many attempts to confront misery are/have been (e.g. aspects of the Yellow Vests in France). Which is not to minimise the confusion. For instance, with reference to  the ultra-left text mentioned above, why have such ultra-leftists supported the principles of the anti Green Pass movement in Trieste, Italy but not similar principles in Canada? Of course, all these movements across the world  are very contradictory, and simplistically asserting an outraged attitude that takes a pro or con attitude doesn’t clarify these contradictions, doesn’t clarify what needs to be opposed in them and what needs to be supported. It’s not fence-sitting to say that critiques on both sides of these divides have a partial validity and are partially dogmatic, and both tend to be defined by an angry opposition to the other rather than attempting a distanciated take that strives to go beyond the contradictions: most people feel the need to align themselves to entrenched camps. Outside of this is like being outside your comfort zone and   gets you attacked by both sides. Whilst it’s essential to oppose the state (which much – if not most – of the pathetic Left don’t do) it’s also essential to oppose the enemy within these movements – those whose ideology, and some of their actions,  doesn’t oppose future states or elites.

This, from the aforementioned indigenous tribal leader, implies that there may be a “civil war” in Canada.  Not sure how valid this is . But it calls for some kind of unity between the white “immigrants” and the indigenous. See entry for 7/2/22 below for my take on aspects of this leader’s perspective. And there’s more about this at 5/2/22.

“…the overall effect on mortality varies greatly depending on whether a vaccine is “live” (i.e. contains a weakened but still complete version of the pathogen) or “non-live” (i.e. only contains a small part of the pathogen it’s supposed to protect against). Live vaccines tend to be associated with a reduction in overall mortality that goes far beyond the protection they offer against the specific pathogen. Non-live vaccines, on the other hand, actually seem to increase overall mortality, so that whatever benefit they provide against a specific pathogen is outweighed by their negative overall health effects. This matters, because there has been a trend over the last few decades to replace live vaccines with non-live vaccines.” (here)

Not trying to over-estimate this kind of thing, but it’s a bit better than the usual ritualised demos.  Still, my pessimism can’t see a way beyond this very limited opposition (some of which is downright reactionary) unless there’s some link-up with demos against more general aspects of increasing misery.  Which would also require an understanding of  the results and symptoms of the whole of the post-Covid epoch as destructive of an ability to motivate oneself on top of an increasingly individualist attitude towards survival. Easier to formulate this than confront it.

A very one-sided report designed to manipulate readers into dismissing it all as some cracked right-wing nonsense. Some pertinent comments here. And this brief interview with one participant. See also entry for 5/2/22 below for comment and link. But the whole situation seems (from afar) a great deal more complex than all the simplistic interpretations of it  neatly characterising it as either “an uprising of the working class” or “just a bunch of white supremacists”. Such over-simplifications may assuage feeling the anxiety of confusion that ambivalence towards these anti-vaccine pass movements tends to create (in me at least), but confusion is the reality and dogma tries to ignore and repress this.  Let’s hope that somebody closer to this situation provides something that clarifies the contradictions better than me or others. Something clearer than this half-supportive half-against discourse by an indigenous chief who, partly because of his own role and identity, is very unclear about the nature of power relations. Nevertheless, I too am half-supportive and half-against this movement.

China: report on fights against lockdowns

“A crowd of migrant workers in Dasi township, Xiqing district of Tianjin, which is under strict covid lockdown, rose up in protest after the local government allegedly gave food to residents, but not non-residents who make the city run. They shouted “What will we outsiders eat?!” “We want to eat our fill. Does the Chinese Communist Party support us?” When asked by the police to select a representative for negotiation, they answered “we don’t have a representative” and “we each represent our own”.”

Whilst this is a good antidote to the dominant manipulative falsification of the movement as extreme right, it’s   overly positive to ignore or minimise the presence of the right in these movements (and the presence of national flags). Of course, the fact that this movement is supported by scum like Trump doesn’t automatically make it a right-wing movement, but it should make   anarchists wary of giving this movement uncritical support (which is not to say that it should be dismissed because it’s supported by sections of the right; it should be supported without ignoring critiques of the reactionary aspects).  At least in most places, the Yellow Vests in France eventually pushed out the fascists (and in Athens, there’ve been two self-organised anti-green pass demos without nationalists and their flags, about 1000 participants in each ) . But there doesn’t seem to be a corresponding tendency amongst most of the anti-Covid restrictions movement. This, even though future developments could lead to the right-wing opportunists making considerable advances on the backs of such movements, just as movements (against unemployment, for example)  in Germany  before Hitler  minimised the fascist threat, the enemy within these movements. It’s not enough to oppose a misery (health passes etc./mass unemployment) without also opposing those who could lead the world into other horrible miseries and/or intensify other currently existing miseries (eg anti-semitism). The world is going frighteningly mad in succumbing to  the false choices presented to them by the various   authorities external to their interests.

Added10/2/22: Just seen this, which implies that there are people who are bravely trying to keep nazis out of this movement. 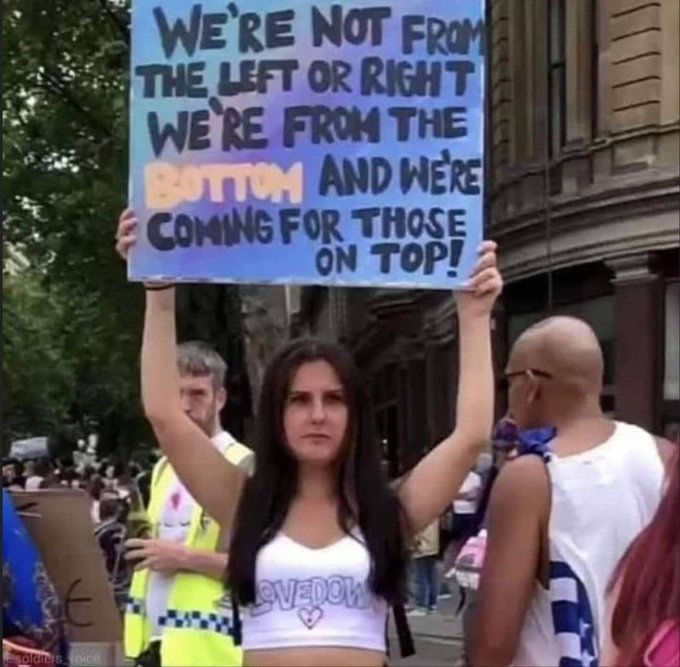 “The Swedish government has decided to end all covid related restrictions from the 9th of February. Additionally, venues and events will no longer be able to demand proof of vaccination. To top it off, the public health agency is recommending that covid no longer officially be classed as a “threat to public health”. Sweden is the third Nordic country to end covid restrictions, following on the heels of Denmark and Norway. The decision represents an acceptance of the fact that covid has gone from being a pandemic to an endemic disease. The public health agency estimates that 500,000 Swedes were infected with covid-19 last week (which is twice the number of confirmed cases). At the same time, only 181 people died of/with the disease (possibly more “with” than “of”). That puts the present lethality of covid in the same ballpark as the common cold…Sweden, which didn’t lock down, had only marginal excess mortality in 2020, and no excess mortality in 2021, it’s clear that covid-19 itself hasn’t done much damage.

… it is welcome news that the truckers in Canada have resisted their establishments attempts to split working people into pro-vaccination and anti – vaccination camps in order to steamroller their increasingly authoritarian, Trudeau – led governance over the whole of the working class in Canada. “

“…the capitalist mode of production has created two distinct methods of benefiting from the capitalist exploitation of wage and salaried labour. The most dominant sector of capitalism is finance-capital which benefits from loans, credit and futures speculation. The second sector comprises of the productive and commercial sectors which require bums on seats and endless purchases of commodities….The industrial and commercial sectors did not want any lock downs at all, whilst the finance sector didn’t mind for they can make money out of any crisis, including lock downs, supply chain interruptions, bets on ‘future’ development’s (including future pharmaceutical vaccines). “

Raoult shows how, despite almost 10 billion vaccines administered,  the vaccine doesn’t work (in French), how aspects of conformism work and how people are manipulated by belief without substance

Obviously, given his social role, he fails to mention the basis of these beliefs – that this all takes place in a world in which the search for practical truth – communities of class struggle which could struggle also to test out what is true and what isn’t – has suffered enormous unprecedented setbacks compared with previous epochs (which is not to say that these epochs also suffered from grotesque lies, but at least such lies were contested directly – at a level unmediated by modern technology). “In a society where no one can any longer be recognized by others, each individual becomes incapable of recognizing his own reality.” (Debord).