This is very much an archive text, which in some ways gives a flavour of the contradictions of that epoch. It was written for the North-West Polytechnic Socialist Society rag (Red Fist), which included everybody in the Poly who considered themselves “revolutionary socialist” in some ways. It was dominated by the International Socialists (now SWP). At that time, I thought of myself as a “libertarian socialist”, and my politics were close to Solidarity (UK), though I was hardly consequential with my critiques of IS, particularly as I shared a flat with 2 members (plus another Trot from the Healyite WRP). I was one of the co-editors of this highly eclectic rag.

The schoolkids’ OZ had some personal interest for me. At the end of 1969, I sent, to OZ  magazine, a copy of a text I co-wrote on our experiences as a “guerilla theatre” group invading school playgrounds with a brief 12 minute agit-prop type play attacking the school system (see also “1969 – revolution as Personal And As Theatre”). The kids who were editing that issue of Oz decided to publish half of it. Although this text I co-wrote was not mentioned in the trial at all, it was (strangely) mentioned in an article by the obnoxious Bernard Levin in The Times. Like all liberals at the time, Levin supported the Oz editors against the Tory trial judge and surprisingly mentioned the couple of pages we’d written about how we got constantly harrassed by the cops and eventually arrested as an example of illiberal intolerance. Embarassingly, Bernard Levin was showing support for us.

This critique I wrote in 1971 is quite weak, but still has some interesting aspects. Screenshots of pages from Schoolkids Oz reproducing parts of the text “From Guerilla Theatre To Courtroom Farce”: 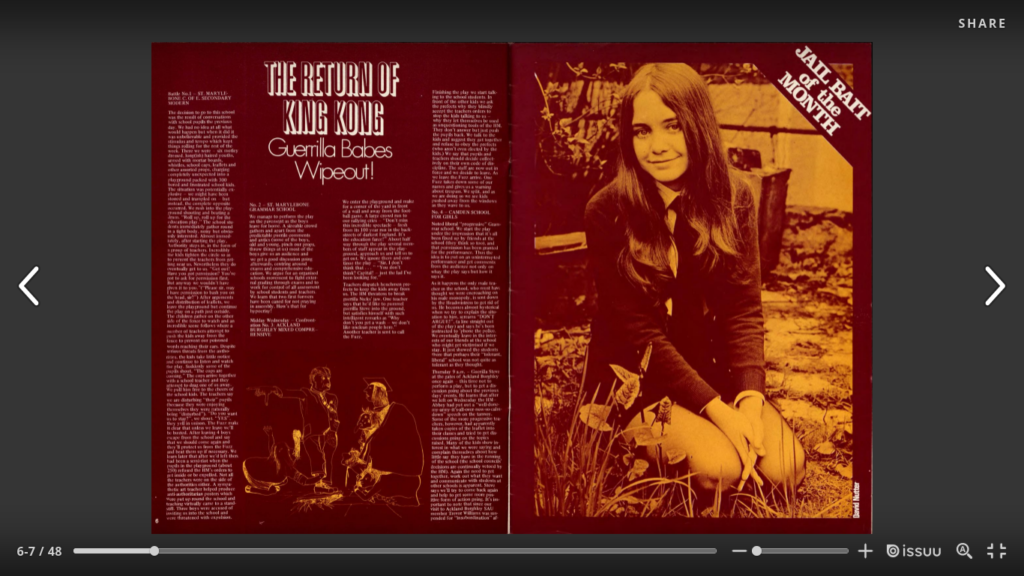 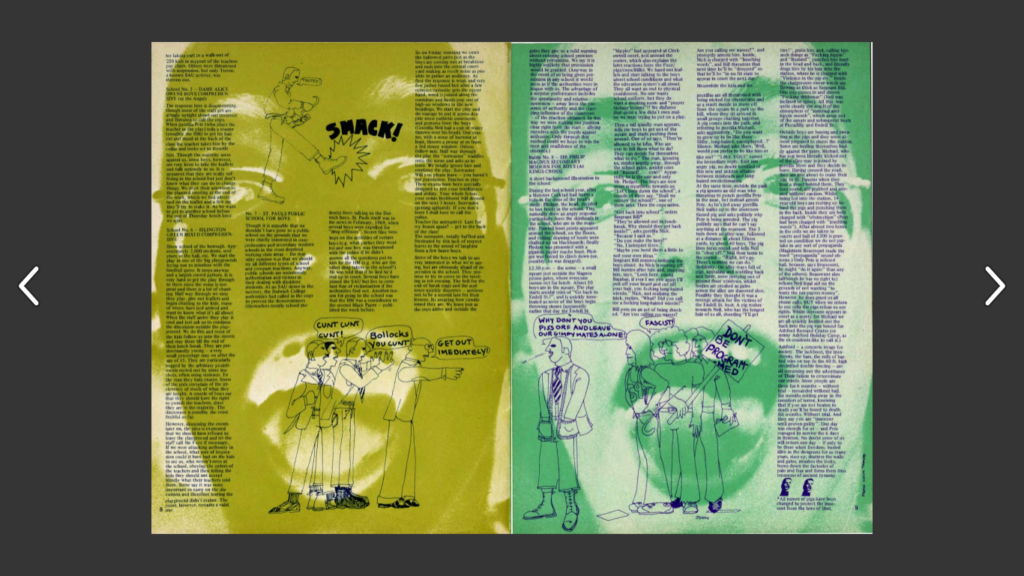