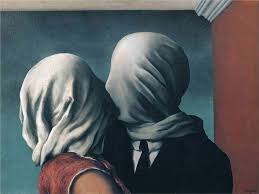 “You never want a serious crisis to go to waste. I mean, it’s an opportunity to do things that you think you could not do before.”

“We should take advantage of this unprecedented opportunity to reimagine our world, in a bid to make it a better and more resilient one as it emerges on the other side of this crisis.”

Other “Coronacrisis”-related pages on this site:

The contradictions of herd immunity

The politics of large numbers

France’s Council of Order of doctors: political police? (may 2021)

Czaravirus May 2020 (about the situation in Russia)

Cameravirus, April 2020 (facial recognition cameras, masks and the global development of totalitarianism from China to the rest of the world)

and also, on aspects of  the search for vaccinations, see this (September 2020)

Also see these from earlier phases of this madness: Letter from a comrade in China (March 2020) & Social Contagion (February 2020) (I have minor qualms about what could be interpreted as some nostalgia for welfare state capitalism, but it’s not explicit and is not in any way the main aspect of this text; for a critique of welfare state capitalism see this)

This is a list of relevant material (mainly links, though with some comments), other than those related to the other  Coronavirus pages on this site (listed above) and other than those which mainstream media have given most attention to. They’re put up regularly usually in the order they’ve been received or discovered starting with the most recent. I am obviously in opposition to the ideological content that forms at least part of most of these articles. And some of these articles contradict each other. But we’re in an epoch of unprecedented confusion, and in order to get to a clear class opposition to this madness on the other side of a partly  deliberately imposed  confusion we have to wade through all sorts of shit. Those who remain dogmatically for masks or dogmatically against them,  dogmatically for vaccines or dogmatically against them, dogmatically for social distancing  or dogmatically against it, etc. will  never wade through the shit but remain firmly stuck with their head in it, stuck in the stupefying shit of this society and its intensifying repression and alienation.

This goes back to January 2020

“If science was put to the service of capital, the recalcitrant worker’s docility would be assured”

“It was thenceforth no longer a question whether this theorem or that was true, but whether it was useful or harmful to capital, expedient or inexpedient, politically dangerous or not. In place of disinterested enquirers, there were hired prize-fighters; in place of genuine scientific research, the bad conscience and the evil intent of apologetic”

“Today, hardly a scientist can be named who does not suffer in one way or the other from defects of consciousness and the incapacity to generalize rationally the results of his research. Scientists expose themselves as ideologists until, at the end of a long chain of prize-fighting, eclecticism, syncretism, evil apologetic and so on, sham-science appears … and the scientific “ideal” is presented in the image of the stock-market, where gambling decides our fate”

– Josef Weber, The Problem of Social Consciousness in our time

“The modern system of terror amounts to the atomization of the individual…depriving them of the psychological means of direct communication…because of the tremendous communications apparatus to which they are exposed. The individual under terrorist conditions is never alone and always alone. …Thinking becomes a stupid crime; it endangers his life. The inevitable consequence is that stupidity spreads as a contagious disease among the terrorized population. Human beings live in a state of stupor—in a moral coma. What the terror aims to bring about… is that people shall come to act in harmony with the law of terror, namely: that their whole calculation shall have but one aim: self-perpetuation. The more people become ruthless seekers after their own survival, the more they become psychological pawns and puppets of a system which knows no other purpose than to keep itself in power”

“…The public attitude to the Covid-mania is inherently miserable, depressing and dangerous in it’s current manifestations and its future consequences, which poses a much more real and direct threat to my life and the life of others than the actual disease (to life itself, not merely to the fact of being biologically alive), that public attitude being also the attitude of people in my immediate circle such as parents, family and friends. …It’s not just the restrictions etc. – it’s mainly the attitude of people and the deterioration of consciousness and our relation to reality. The deterioration of the attitude towards life and its meanings; towards what’s essential for oneself and others around you; towards knowledge in general and especially one’s own ability to know; the relation between knowledge (or rationality in general) and feeling; the attitude towards science as method vs. “Science” as institutional representation of knowledge; towards institutions in general; and how media- and politically-manipulated fear and illusion of managing and controlling is taking over all other possibilities of feeling, knowing and acting, and how this fear compensates for dealing with other kinds of fears that are denied expression and thus remain stronger than ever…”